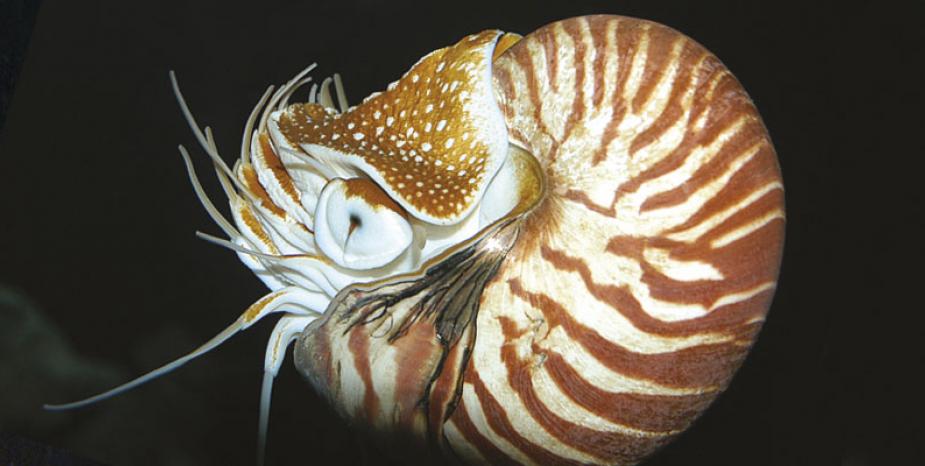 The Chambered nautilus is an invertebrate and belongs to the cephalopod family which includes octopus, squid, cuttlefish. Nautilus have a smooth, hard, white shell covered with brown zebra stripes which take the form of a spiral. As the nautilus grows, it expands its living space by adding internal chambers inside its protective shell.

Approximately 90 tentacles and a large eye peer out of the shell used for smelling and hunting food. They have a parrot-like beak made up of two interlocking jaws which are capable of tearing open prey.  Being a scavenger, nautilus ascend to shallow waters at night where they will hunt using their powerful sense of smell and feed on dying or dead hermit crabs, fish and molting crustaceans.

When threatened by predators, the nautilus withdraws into its shell and with a tough leathery ‘hood’ seals the door. Predators include octopus, sharks, triggerfish and turtles – all of which can penetrate through the nautilus armour.

Sexual maturity is usually reached at 15 years and once this age is reached, nautilus reproduce annually. Mating can last up to 24 hours followed by the female depositing eggs onto rocks in shallow water.  Up to twelve eggs can be fertilised and these eggs, measuring an inch in length, have a long incubation period of nine to twelve months.

Over 500 million years ago, nautilus were widely distributed throughout the world’s oceans and as such, are described as a living fossil.

The Oceanarium’s nautilus are located in the Abyss zone. Visitors can watch the nautilus being fed by our team of aquarists during the week.

Over 500 million years ago, nautilus were widely distributed throughout the world's oceans and as such, are described as a living fossil.
Related creatures 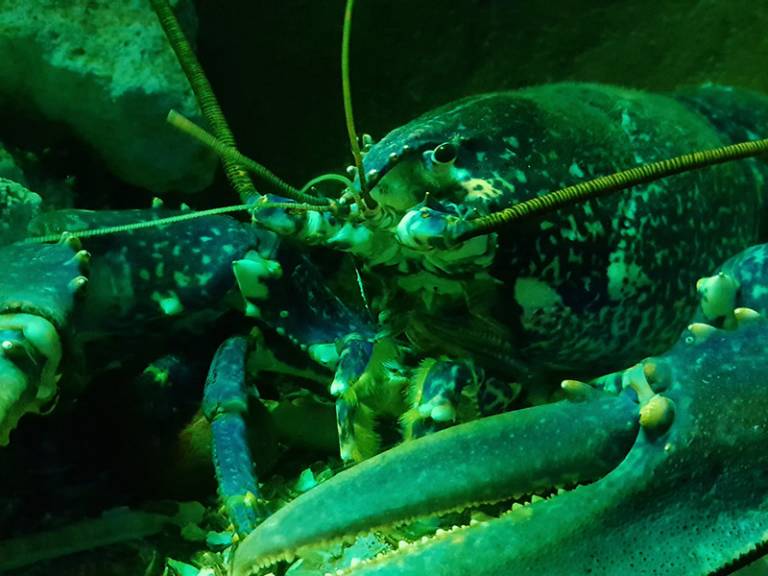 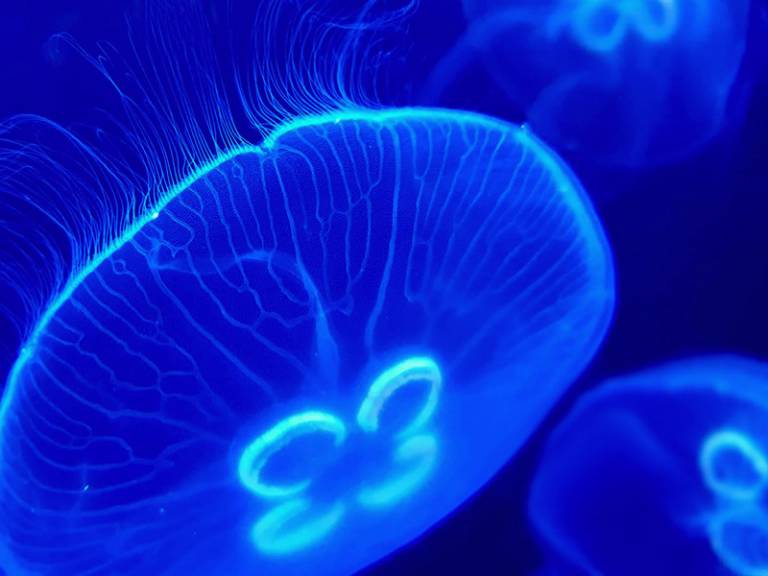 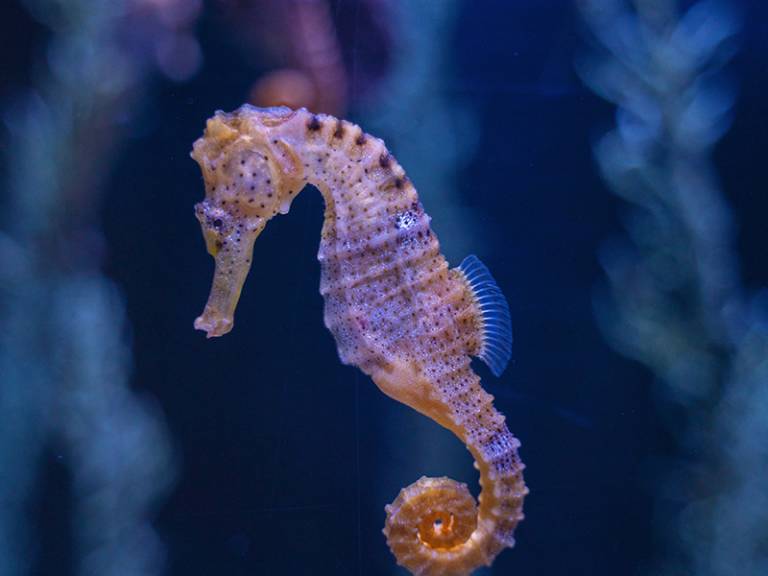