Africa and the Ganges

Experience the tranquillity of creatures from the Ganges and Lake Malawi in Africa.

The African continent is made up of 54 countries, with 797 million people speaking 1000 languages.

Most of the freshwater in Africa is carried across the continent by the world's longest river, (the Nile, 6,695km), drops over the widest single curtain of falling water, (Victoria Falls) and stored in the longest and second deepest freshwater lake in the world, (Lake Tanganyika, 660 km long, 1436m deep.

Many Varieties of fish are found in the Nile River including the perch-like Tilapia, which is an important food source for humans and the giant perch, which may weigh up to 300 pounds.

The Nile River also serves as a vital waterway for the transport of people and goods.

The African Great Lakes are one of the worlds most endangered water systems due to the effects of pollution, over fishing.

Lake Malawi contains the largest number of fish species of any lake in the world, with at least 500 recorded. Over 400 of the cichlid species in Lake Malawi are only found in this body of water and 30% of all the worlds known cichlids are found in this lake.

Explore The Oceanarium - The Ganges

The Ganges is one of the world’s great rivers. Its valley stretches across northern India and Bangladesh from the Himalayas to the Bay of Bengal.

Its rice and other crops feed most of India and Bangladesh, where it is known as the Padma. The river is also an important trade artery.

The Ganges is about 1,557 miles long with its source in an ice cave on the southern slopes of the Himalayas, some 10,300 feet (3,140 meters) above sea level. From there it flows eastward until it empties into the Bay of Bengal.

Millions of Hindus venerate the Ganges as a ‘life-giving river’ because their crops depend on its waters. To them the Ganges is sacred; known affectionately as Ganga Mia, meaning ‘Mother Ganges’. They also believe that bathing in its waters washes away sin and to die on its banks assures eternal peace to the soul. In holy cities like Varanasi and Allahabad temples crowd the riverbanks.

From them ghats, or steps, lead down to the water. Pilgrims go down to bathe or to fill little bottles with the sacred water. Some are burning ghats where the dead are cremated and their ashes scattered on the Ganges. 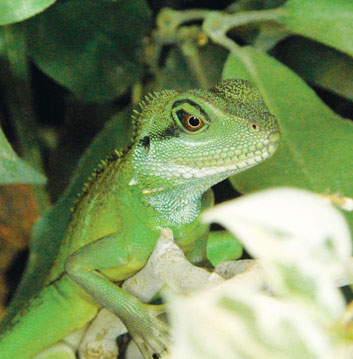