Begin your underwater journey in the Amazon and venture through the undergrowth.

The Amazon is the largest and most powerful river in the world. It’s vast rainforest supports a diverse range of plant and animal life, with the river itself forming part of the massive Amazon Basin covering an area measuring 2.5 million square miles.

It is fed by over a thousand tributaries and accounts for a fifth of all the water that the world’s rivers pour into the sea.

The source of the river is high up in the mountains of Peru with its mouth in Brazil, making its total length 4,500 miles (6,280 km), earning the title of the second longest river in the world behind the Nile.

The Amazon and its surrounding rainforests may hold up to 90% of all the world’s animal and plant species and produces 10% of medicines used in this country.

There are so many different varieties of insects still being discovered that experts simply don’t know how many there are – some believe it may run into hundreds of thousands. 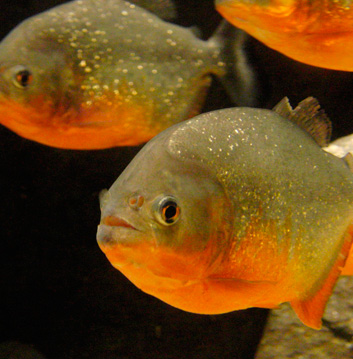