Buster the Big Fish comes to visit the Oceanarium! 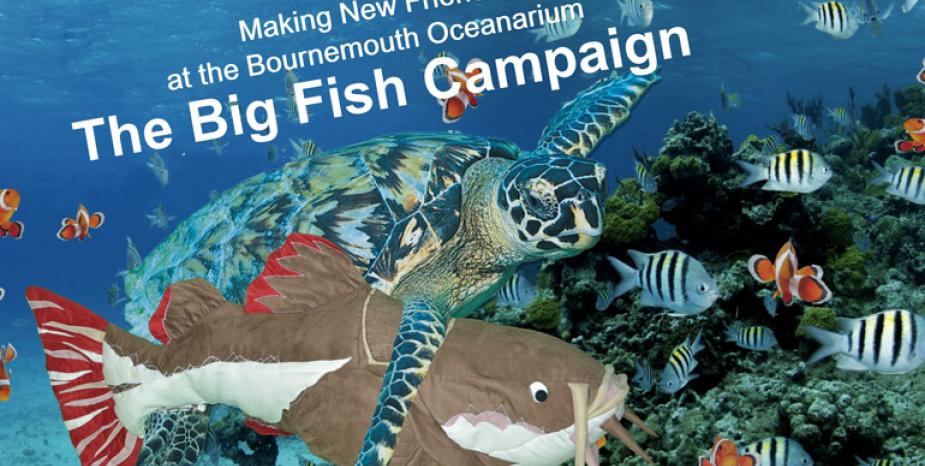 Another myth is that if big fish out grow their home tank they can be rehomed at a public aquarium.

We here at the Oceanarium receive several phone calls a week asking us to rehome a lot of these big fish, from situations as above. Unfortunately, for several reasons we can’t take all of them and feel guilty turning them away. We are not the only aquarium or zoo in this situation and this has led to the development of the Big Fish Campaign, trying to reduce the number of these big fish in the pet trade through awareness and education about ‘tank busters’. Only a small percentage of home tanks can house these species once they are fully-grown, as well as keep the animals fed and housed for their entire lives, which can be 20 years!

The Big Fish Campaign is necessary due to the fact that these animals have nowhere else to go! If they don’t find homes they are often dumped or put down. Having the support of aquatic outlets is a massive step in reducing the availability of these fish and public awareness is key.  Researching potential fish to buy before going to the shop is essential.

Now to introduce the newest member of the Big Fish squad; Buster is a life size beanbag model of a fully-grown red-tailed catfish. These catfish are one of the culprits that outgrow the standard home aquarium; reaching up to 1.5 metres in length (bigger than the average 7 year old). Buster is on a national tour visiting aquariums and zoos throughout the UK to raise awareness, for the last 2 weeks he has been with us at the Oceanarium, keeping Ziggy the iguana company. For anyone that has seen him over the last two weeks you will know that he is huge, dwarfing the real red-tailed catfish (rescued due to outgrowing home aquariums) that are displayed in our Amazon exhibit.