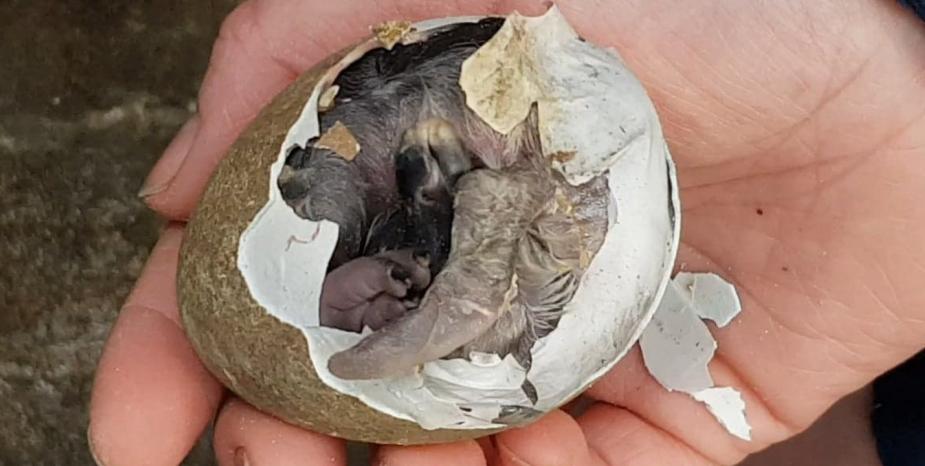 We're celebrating the arrival of two Humboldt penguin chicks that hatched during the Easter period, the perfect Easter gift!

The chicks are the first to be reared here since the colony of birds were welcomed to the Oceanarium in July 2015, as part of the £1.5 million Penguin Beach Encounter expansion project. A further 6 juvenile penguins were introduced in 2016 with the hope that once these birds reached sexual maturity, they would pair up with some of the existing penguins for breeding.

During the 2019 breading season, loved up couple Twiglet and Chile laid two eggs. As first time parents, keepers wanted to ensure the couple were able to juggle the pressures of parenting and considered how other penguin pairs within the group could potentially help with sharing responsibilities. After proving they were naturals when given a dummy egg by Oceanarium penguin keepers, it was clear that same sex couple Zorro and Diego would make perfect parents for fostering the second egg. In an incredible twist, Zorro is Chile’s dad making him a paternal grandparent!

After 40 days, the tiny birds started “pipping” out of their eggs and the chicks hatched just a day apart on the 12th and 13th of April. Weighing just 75g when born, they were fed up to 5 times a day and the Oceanarium is delighted to report that both sets of parents have been caring well for their new arrivals with keepers regularly on hand to check the chicks’ development and assist if required.

Humboldt penguins are native to Chilean and Peruvian coasts and are currently listed as vulnerable on the IUCN red list with the current population of 32,000 decreasing. These birds face numerous threats in the wild such as climate change, pollution, hunting and human intrusion and we support projects that help protect their native habitats.

Oliver Buttling, Group Curator commented “Penguin Beach Encounter was specifically designed to replicate the birds’ natural habitat with a deep pool, beach and rockery encompassing nest boxes. We were always hopeful for our group to breed when they reached maturity and the team are delighted with the two new chicks. The successful breeding demonstrates that the penguins are happy and healthy with the care they receive and it will be amazing when our visitors are able to see them.”

Following their fantastic parental care and development, the chicks had a short period behind-the-scences in a ‘nursery’ display where they learnt to swim and hand feed from the penguin keepers. The pair, at almost 12 weeks old, can now be seen exploring their new surroundings on Penguin Beach Encounter and have taken to swimming wonderfully. They are also currently learning how they fit into the ‘pecking’ order of their colony! Visitors can discover more about new additions during daily penguin feeds and talks at 12pm & 3pm. 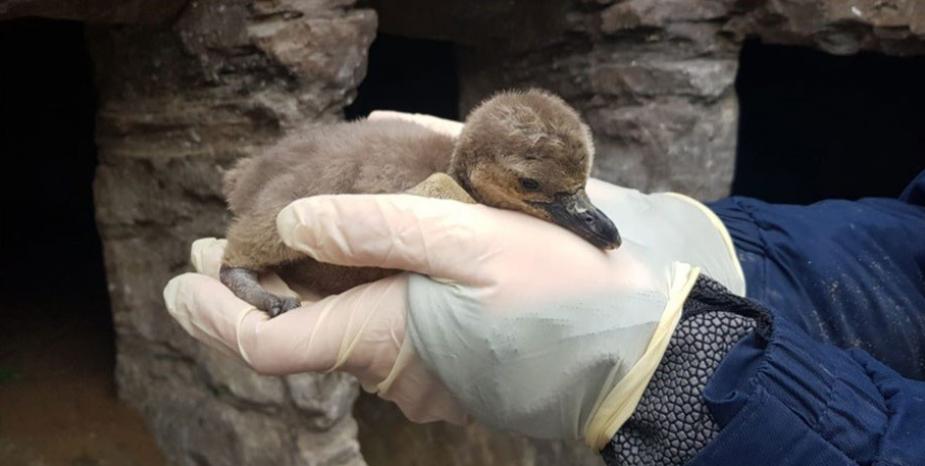 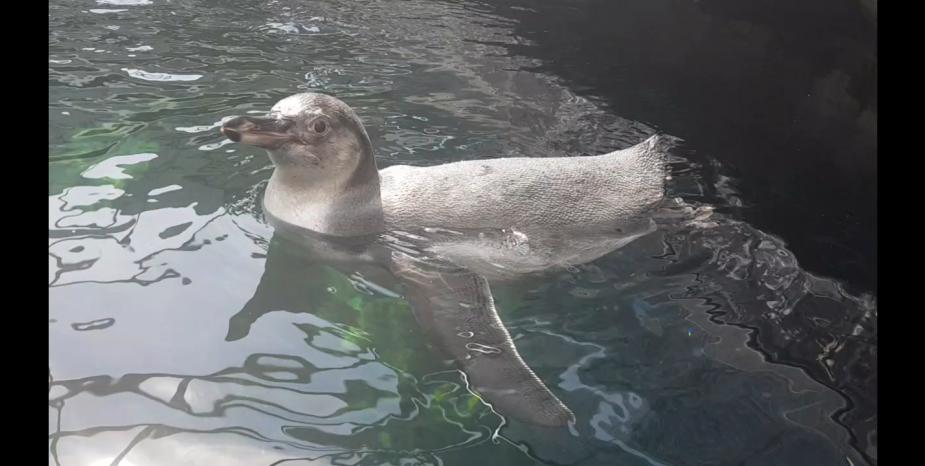 We're celebrating the arrival of two Humboldt penguin chicks that hatched during the Easter period, the perfect Easter gift!