Since 2010, the Oceanarium and all of Parques Reunidos sites across the world including Blackpool Zoo and Lakes Aquarium chose to raise as much money as possible to help the most endangered marine mammal left on the planet, the monk seal.

Through donations, fund-raising activities and of course the generosity of our visitors we were able to raise over £7,000 for the CBD-Habitat Foundations Monk Seal Conservation Project.

The CBD-Habitat Mauritania Monk Seal Conservation Project with the help from money raised have been able to continue their work monitoring the Monk Seal population in the Mediterranean, identifying key threats to their survival and educating locals about seal conservation. The results are starting to show, with monk seals beginning to reoccupy lost habitat in the Capo Blanco Peninsula.

In 1945, Spanish expert D Eugenio Morales-Agacino discovered the Cabo Blanco colony of monk seals off the cost of Mauritania. This population now accounts for approximately half of the entire species, with nearly 300 individuals.

The community is under serious threat from a lack of appropriate breeding sites, with only 2 caves offering a suitable environment and protection. With such a fragile population, just one disaster such as an infection oil slick or rock collapse could mean catastrophe for the colony and population as a whole.

The CBD Habitat Mauritania Monk Seal Conservation Project aims to disperse and expand the population to ensure its long term future. The project has a permanent base near the monk seal’s breeding caves, allowing researchers to observe the following areas of investigation:

At the end of 2010, Jesus Fernandez Moran, the Parques Reunidos Director for Animal Management visited the monk seal colony to see how the money raised by all the parks was being put to good use.

WHO ARE THE CBD-HABITAT FOUNDATION

CBD- Habitat are a not for profit organisation that develops biodiversity and conservation projects across Europe. They aim to improve the environment and aid threatened species – spreading awareness and respect for our natural world. 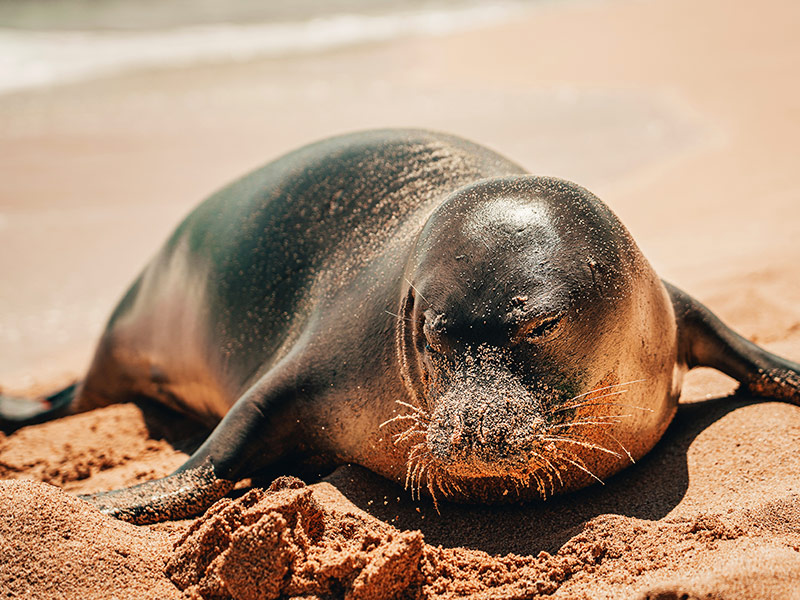